The “Animal Crossing” hype doesn’t stop at Resident Evil 3 Remake. A mod turns the always friendly Isabelle into a playable character in the survival horror remake. The implementation of the dog lady could be the scariest element of the whole game.

“It’s Jill.” Or maybe someone else?

Isabelle (in German: Melinda) is better known than ever before. From the mascot of the “Animal Crossing” series to the fearless fighter in Super Smash Bros. Ultimate , the dog lady has a steep career. With the success of Animal Crossing: New Horizons , Isabelle has reached a new high. So it was only a matter of time before she took part in a horror game.

The “Crazy Potato” modder on the Nexus Mod site has done just that and brings Isabelle into the world of Resident Evil 3 Remake. However, the result is not quite as one would have liked it to be. Instead of bringing the complete dog lady into play, the protagonist Jill Valentine just wears a mask .

The result is truly terrifying. The player can literally see Jill trying to call for help under the dog mask. The description of the mod says simply: “Jill is a fan”.

The only thing missing is a mod that turns the bitch into Nemesis . The intelligent bio-weapon wants nothing more than to see the player dead. The ideal role for Isabelle.

The mod may not seem particularly elaborate, but Crazy Potato has managed to release it a week before the release of Resident Evil 3. It deserves respect. What do you say about Isabelle’s appearance in the horror game? Let us know in the comments. 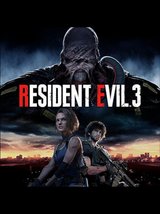 What do you think? Rate Resident Evil 3 Remake now!

Capcom brings back the legendary classic “Resident Evil 3”, the remake of the horror survival action adventure is released for PC, PS4 and Xbox One. The game was graphically polished up and completely revised by the Capcom RE engine. The gameplay has also been modernized and adapted to the requirements and wishes of today’s players.

Many fans of the Resident Evil game series will probably still remember the events in Resident Evil 3 well. The unscrupulous machinations of the Umbrella Company triggered a catastrophe, which is now raging in the form of a zombie horde over the small town of Raccoon City. The protagonist of the story is Jill Valentine, who already played a role in Resident Evil (Tel 1). Jill Valentine is a former member of the STARS unit, also known as the “Special Tactics and Rescue Service”.

Jill must now somehow escape from Raccoon City, unfortunately you are being followed by the terrifying bio-weapon “Nemesis”, an overpowering zombie monster from the Umbrella Company. Nemesis has a hit list with all the remaining STARS members in her luggage and Jill Valentine is at the top of the list. Nemesis will track you down again and again in the course of the game of “Resident Evil 3-Remake” and thanks to its regenerative abilities every confrontation seems to make him stronger. He also has heavy weapons such as a flamethrower and laser-guided missiles.

As you escape through Raccoon City, you will encounter numerous civilians and also former STARS team members, such as Brad Vickers. Umbrella soldiers are also roaming the city, evacuating civilians and important umbrella officials who are still in the city for some reason. Some civilians and UBCS soldiers will help you, such as Mikhail Victor and Carlos Oliveira. You can even control the latter on a rescue operation for Jill Valentine.

Jill will encounter a variety of characters throughout the game in Resident Evil 3 that have unique abilities that will keep you alive in the fight against the overpowering Nemesis.

This website uses cookies to improve your experience while you navigate through the website. Out of these cookies, the cookies that are categorized as necessary are stored on your browser as they are essential for the working of basic functionalities of the website. We also use third-party cookies that help us analyze and understand how you use this website. These cookies will be stored in your browser only with your consent. You also have the option to opt-out of these cookies. But opting out of some of these cookies may have an effect on your browsing experience.
Necessary Always Enabled
Necessary cookies are absolutely essential for the website to function properly. This category only includes cookies that ensures basic functionalities and security features of the website. These cookies do not store any personal information.
Non-necessary
Any cookies that may not be particularly necessary for the website to function and is used specifically to collect user personal data via analytics, ads, other embedded contents are termed as non-necessary cookies. It is mandatory to procure user consent prior to running these cookies on your website.
SAVE & ACCEPT